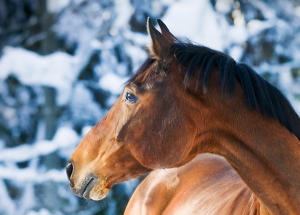 Character
Like many individuals of warm-blooded breeds, tragenes perfectly combine softness, complaisance with courage and determination in their character.

Warm-blooded horses are of European origin and have average weight. If we recall the history of their appearance, then such individuals were bred and adapted for the needs of the army and harmoniously combine in their character swiftness and temper, irresistibility and speed of movement, as well as humility, which is extremely necessary for horses that can be used in the field of agricultural work. horse of the trakenensky breed

Significant influence on the final formation of the breed had the conditions used by breeders in good cozy stables and grazing in excellent open spaces. In addition, various trainings and testing of their moral and physical qualities were trained. The tests that scientists have prepared for the formation of the necessary character traits in horses have been overcoming all kinds of obstacles, racing over difficult terrain, participating in hunting and dressing, and attracting such horses to various agricultural activities.

Thus, we can safely say that the specialists managed to achieve excellent results in the formation of all the most needed and wonderful character traits among the Trakenen horses.

Using
We have already talked about the exterior and the main characteristics of the wonderful representatives of Germany, it is time to identify the areas in which today these beautiful and noble animals are used. The extraordinary endurance and ability to tolerate the change of climatic zones allowed the Trakenes to survive in the difficult years of the Second World War.

These horses were the best suited for the needs of the cavalry, as they were developed and improved specifically for these purposes. In peacetime, these horses have been successfully used for performances at sporting events for decades, where they show quite good results and take prizes. Connoisseurs of this breed note the extraordinary lightness and rhythm of the gait, the wide and graceful steps of the horses, which, when moving, carry out the hind limbs and capture a large space around them.

These animals have been and continue to be used to help humans in agricultural work, which require physical strength and increased concentration of attention. Thus, it is necessary to emphasize once again the universality of these horses, which are indispensable both in those areas of activity where exhausting hours-long horse riding is supposed, and in those where increased physical activity and monotonous work in the field of agriculture are supposed. Black Trakenen horse

Sports achivments
In order to give the Trakenians the opportunity to receive awards in various sporting events, the breeder scientists once added the blood of noble riding horses to the main breed. And today this wonderful horse is considered ideal for the rider, regardless of his athletic achievements and professional level.

The victories of the Trakenents, which are always proudly remembered by all the inhabitants of Germany, are the following:

victory in the triathlon competitions of a stallion named Baltet, who performed brilliantly in Paris in 1924;
In 1936, the Trakenen horses in Berlin received many well-deserved awards in various disciplines, which were presented in equestrian competitions. Adolf Hitler at that time set himself the goal – with the help of achievements in sports, to prove to the whole world the superiority of the Aryan race over others.
These competitions were tremendously important for the politically biased Olympic Games. In this chic and difficult fight, riders with horses from 21 countries of the world took part, and Germany managed to take all the most honorable awards and take the highest place in the overall team event.

A stallion named Vityaz won five victories in the prestigious Big Pardubice steeple chase, which was held from 1921 to 1936.

These are very difficult races in which a third of the territory proposed for the competition, horses are forced to run on plowed land and overcome more than three dozen obstacles. At the end of World War II, the Trakenen factory became the property of the Soviet Union, Marshal Budyonny himself and the Institute of Horse Breeding were watching the breeding of horses.

At the well-known Olympics held in the 1980s, riders on the Trakenen stallions received prestigious gold medals. Also, a high jump record was recorded on a purebred stallion named Carpet.