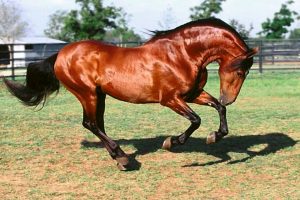 One of the most plausible versions of the appearance of the breed among the three well-known is recognized as such. When Muslims invaded the territory of Spain with their stallions in 711, there were domestic horses that looked like Portuguese sorai ponies. END_OF_DOCUMENT_TOKEN_TO_BE_REPLACED